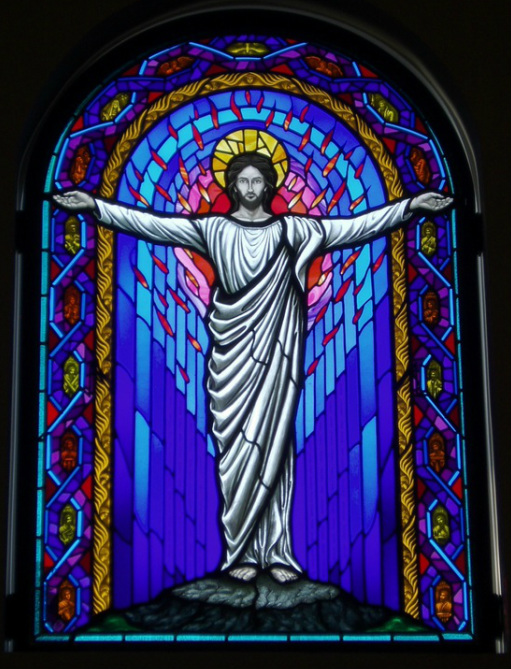 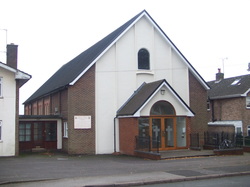 St Anne's church is a late 1950s structure under a steeply pitched roof that resembles a large hall as much as an ecclesiastical building, hence the current parish priest has initiated some major reordering to give it an appearance more befitting of a place of worship. The fenestration has been completely altered, with round-headed windows along each side now complementing that over the entrance (the liturgical west window). Additionally a small oculus has been made in the formerly blank altar wall, and a small piece of mural decoration added immediately above this. My brief has involved both these features, along with the entrance window that was installed more recently. 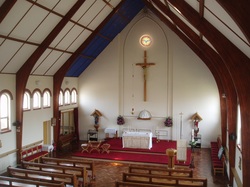 The altar wall originally was adorned only by a large crucifix, but in order to create a stronger focal point the oculus was bored through the wall immediately above this and I was requested to base my design closely on the Bernini oculus in the corresponding position at St Peter's Basilica in the Vatican, with a Holy dove surrounded by rays of gold and amber.

It was then decided that as two members of the Trinity would then be represented (God the Son on the Cross, God the Holy Ghost in my window) that the third and most important should also be present, so a small piece of mural decoration was added high up at the apex portraying the Hand of God surrounded by stylised rays of light.

The liturgical 'west' window (actually aligned to the north, but receives sunlight in the early evening) features a welcoming figure of Christ the Redeemer, and was installed in July 2014. The complex border features tiny vignettes of the 12 Apostles, along with The parents and Grandparents of Jesus (therefore including the church's patron, St Anne). An inner frame of golden angels surround the figure of Christ. 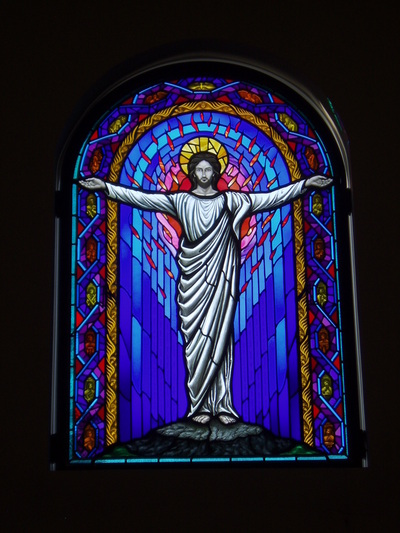 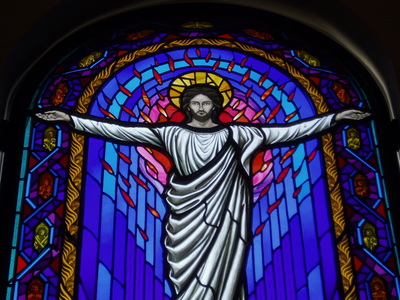 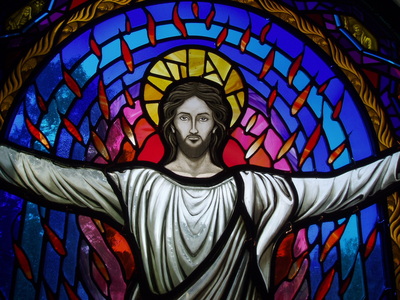 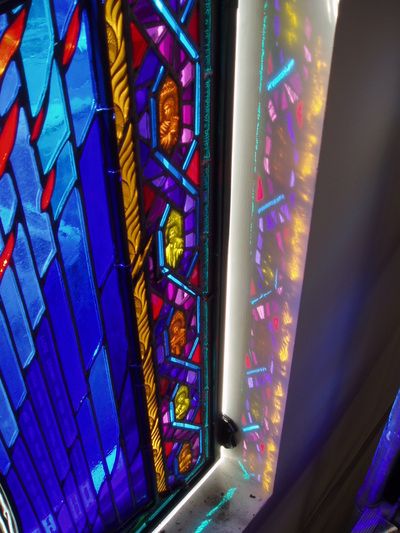 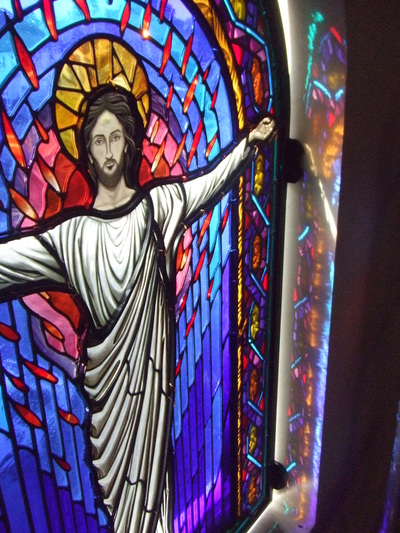 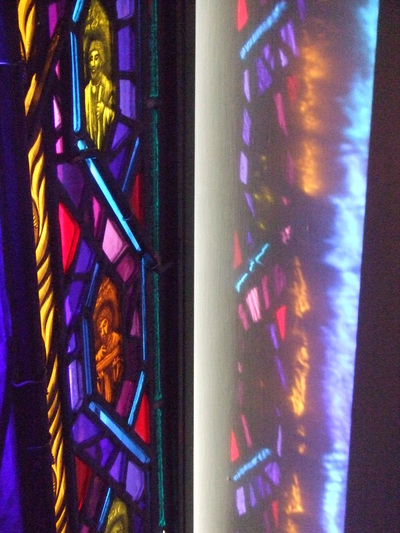 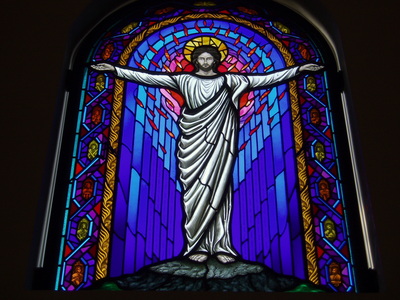 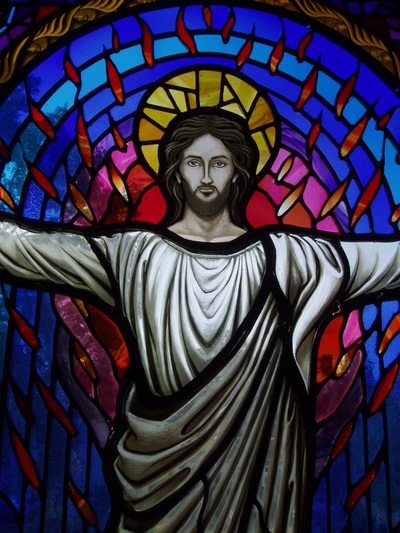 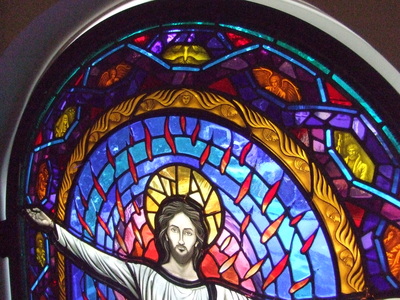 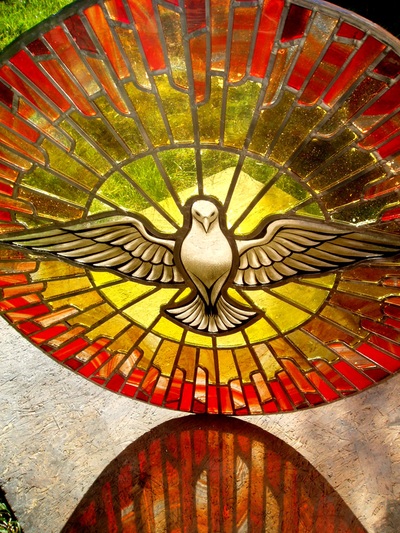 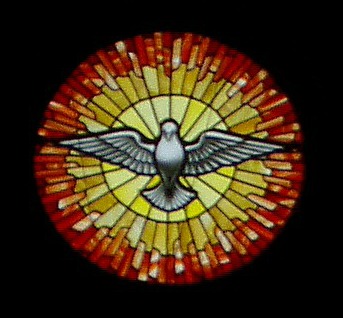 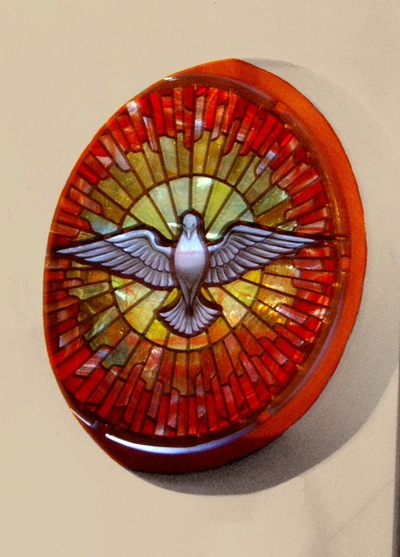 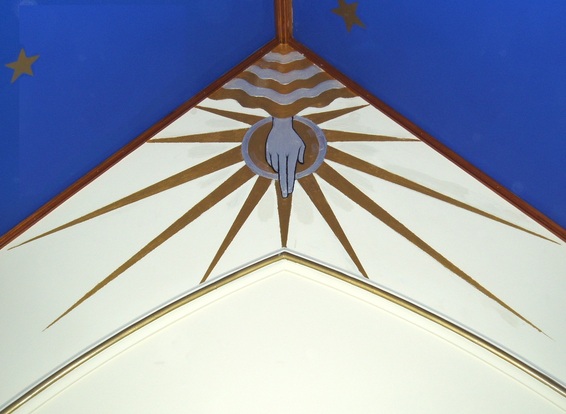