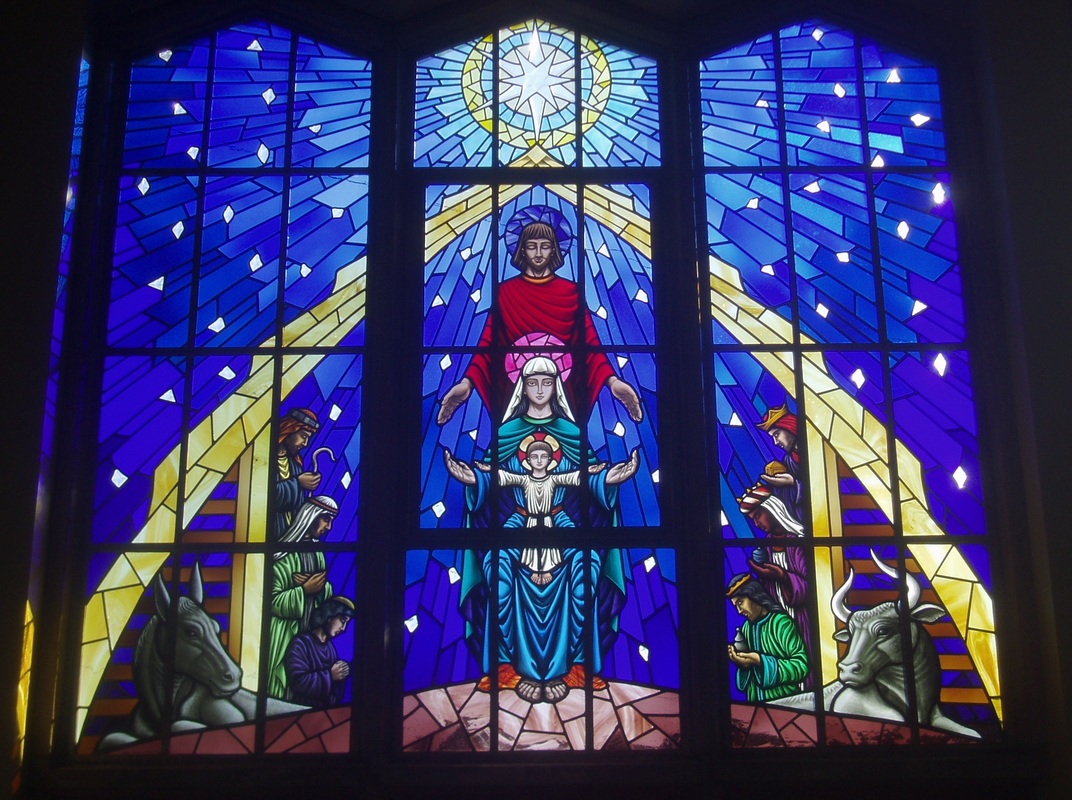 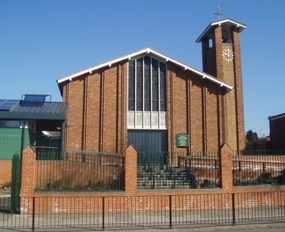 The 1950s Roman Catholic church of Christ the King, in the north Birmingham
suburb of Kingstanding, is a large brick building which originally had a rather
spartan, barn-like interior as a result of it's brick finish, but thanks to the initiative
of Fr Michael White the interior has been recently transformed and much
improved by a  more sympathetic plaster finish, which has lightened the
interior since 2007. Another more recent developement is the church's new
community centre constructed in 2009 which is now joined to the main facade
on Warren Farm Road. 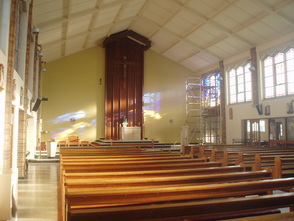 The church contains some fine examples of stained glass from the 1950s and 60s, principally the liturgical west window in the facade which features a bold Christ in
majesty flanked by angels on a vibrant background. Glass of a similar date
and style is situated in three of the side chapels and spaces that flank
the main nave with busts of the Virgin & Child, St Theresa of Lisieux
and St Stephen. The style of these windows is very much of their time, my
brief was to be sympathetic to this without directly copying, to echo some of the
forms without resorting to pastiche, and preserve the unity of the interior.

The commission was for a pair of three-light windows flanking the Sanctuary (a sequence of six of these clerestorey windows floods the church with light on either side, and there were thoughts of extending the project to include more of these).

Several designs were submitted until the final subject matter and overall treatment satisfied the client, with a Nativity to mark the beginning of the New Testament to be balanced by a Creation themed window to represent the Old (postscript: a couple of designs were submitted on this theme but eventually the Resurrection was chosen instead) . The design of the Nativity window is stylised to echo the earlier glass and features a frontal Holy Family beneath the Star of Bethlehem, flanked by smaller figures of the Shepherds and Magi. 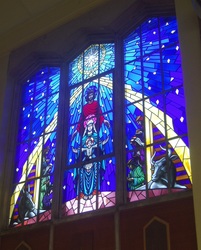 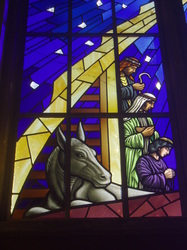 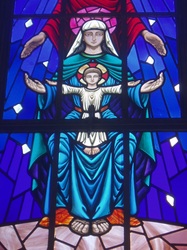 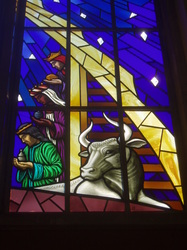 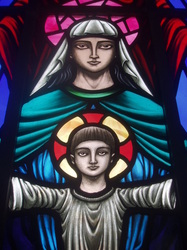 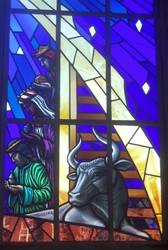 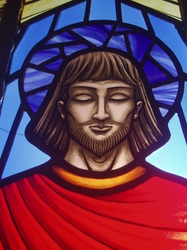 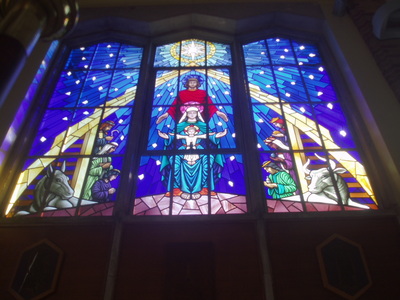 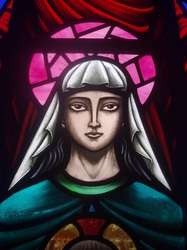 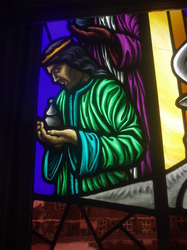 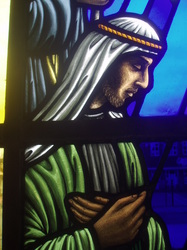 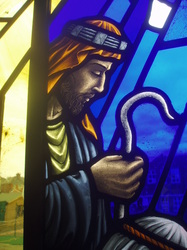 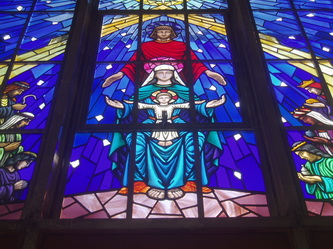 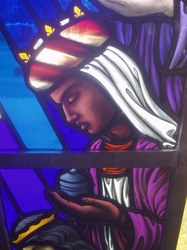 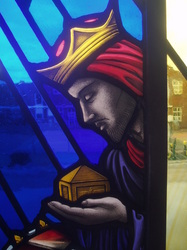 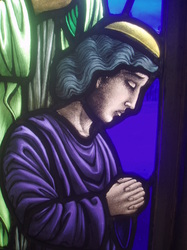 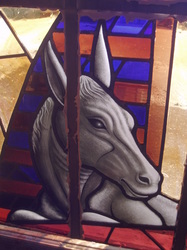 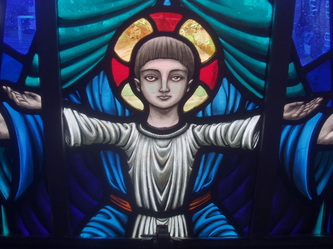 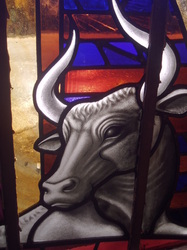 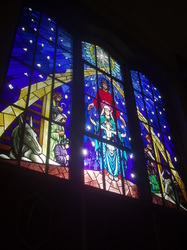 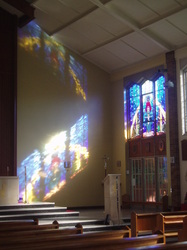 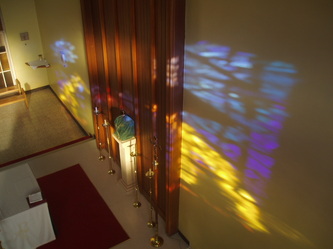 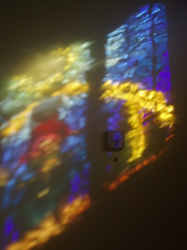 This has been a hugely satisfying project to work on, and I was delighted at the end of the project to see the play of coloured light on the church walls, something you can never fully prepare for until the job is done. I am hugely indebted to Steven Cartwright for assisting me with the installation of this window.

For more images of this church see my Christ the King, Kingstanding set on Flickr.