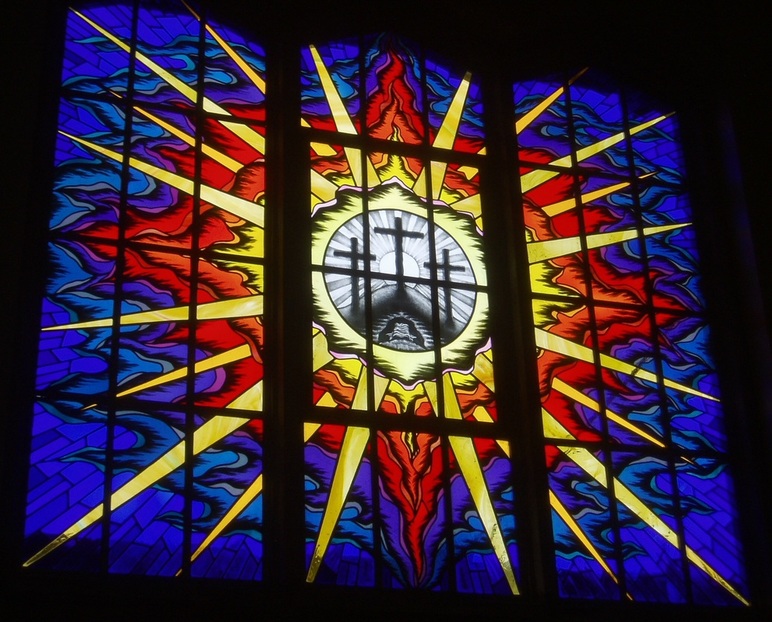 My second window for the Catholic church of Christ the King in Kingstanding, which went through several submission and even a change of subject before reaching its present form. My initial intention was to more closely balance my previous window of the Nativity (situated in the corresponding position on the opposite side of the sanctuary, and itself conceived in a manner to complement the church's earlier windows) but in the end an entirely different approach was chosen after the Diocesan rejection of a design that had focused on the Garden of Eden. 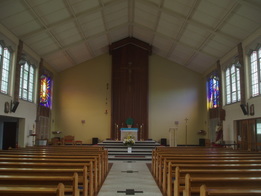 The Resurrection was chosen instead as a balance to the Nativity and given a far more abstract interpretation with a monochrome central medallion of the three Crosses and empty tomb of Easter morning portrayed at the heart of an immense sunburst to symbolise the new beginning invoked by Christ's sacrifice and rebirth. This approach was given Diocesan approval, and the challenge was then to make two very differently conceived windows somehow work as a communicating pair across the church's sanctuary. I had some deep concerns about this change of style, but in the end was pleased with the result, and the two windows with their respective colouring and content now give a sense of balance to the interior.
Work on the window suffered a delay owing to other commitments but was mostly finished by the end of 2015 and finally installed at the end of January 2016. I was assisted in the fitting of the panels by Tim Clevely and Steven Cartwright and am indebted to them both for their help. The window seems to have been well received by the parishoners, and adds a splash of warm colour to the altar wall on bright afternoons. 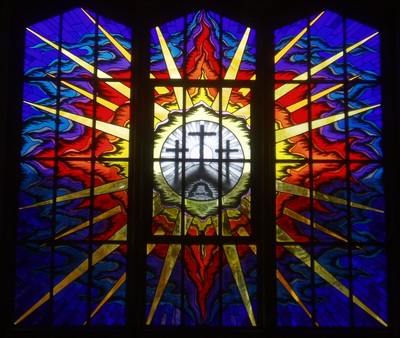 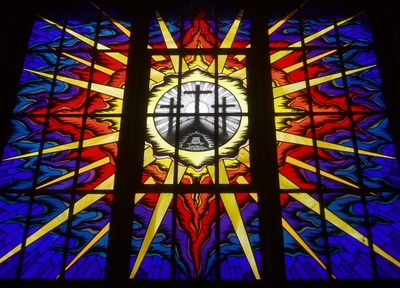 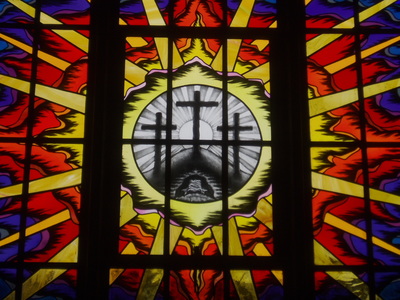 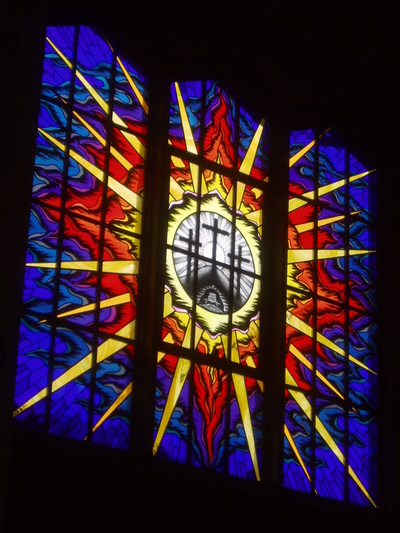 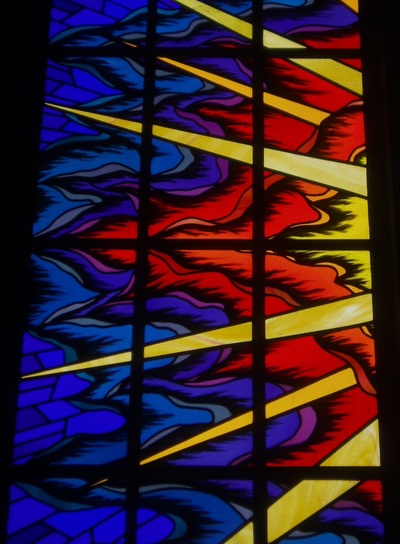 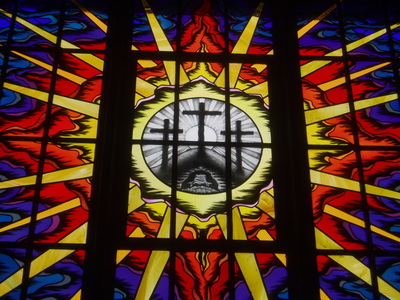