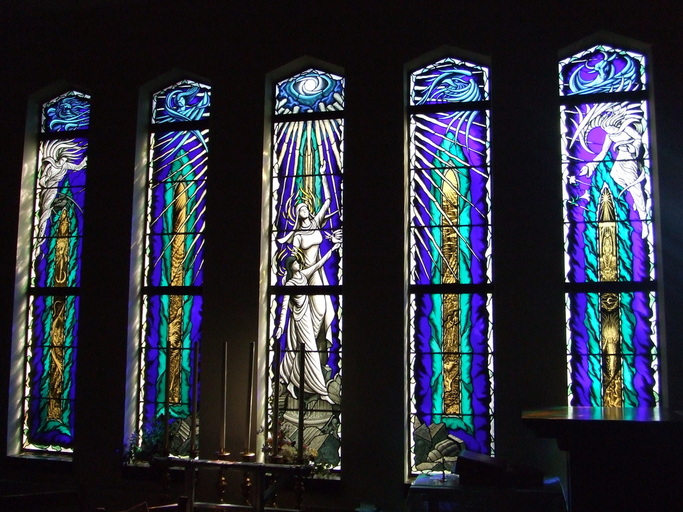 St Anne's Roman Catholic church, in the Chapel End / Camp Hill area of
Nuneaton, was built in 1999-2000 to replace the original basic dual-purpose
church/school built in the 1940s with a limited budget and lifespan. The new
church was opened in March 2000, and dedicated later that year by Archbishop
Vincent Nicholls. 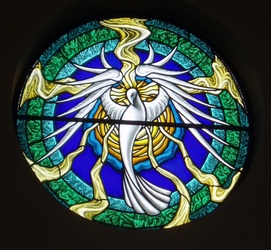 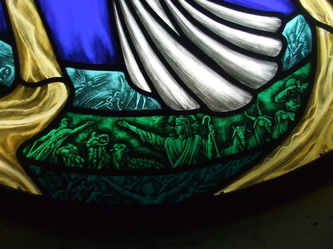 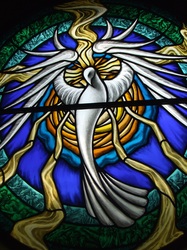 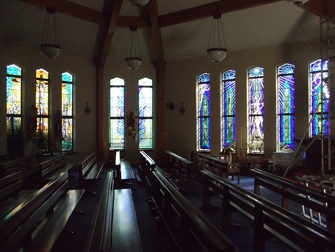 The church is square in plan with the corners angled (forming an uneven octagon) with the orientation on the diagonal axis facing south east. There is
an unfortunate inbalance in the glazing within, which is concentrated on the
north and east walls, the remaining walls having the parish rooms attached. The original design included a central lantern over the nave, but this was sadly
abandoned during construction owing to rising costs (this would have given the
building a more 'church-like' profile outside and greater light within).

Following my work at Sacred Heart, Bilton I was invited to prepare designs
for several of the church's windows prior to construction, and thus had the
sanctuary oculus with the dove of the Holy Spirit installed for the first mass in the church in March 2000. 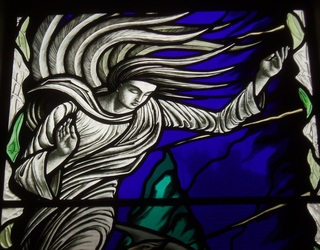 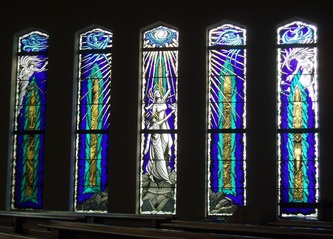 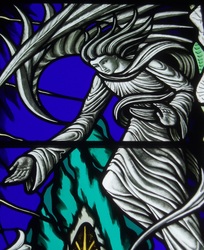 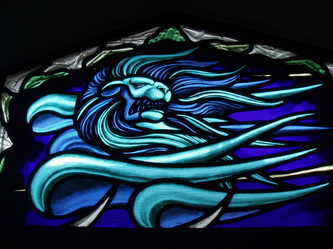 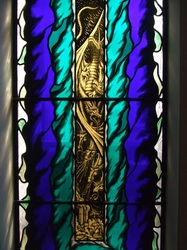 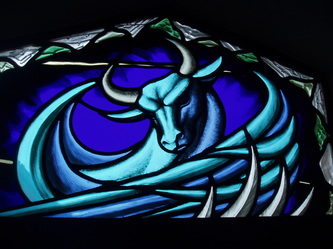 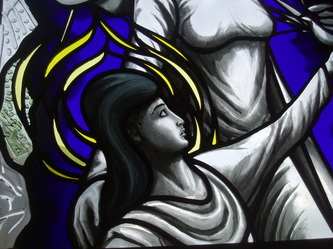 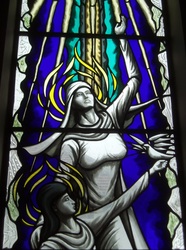 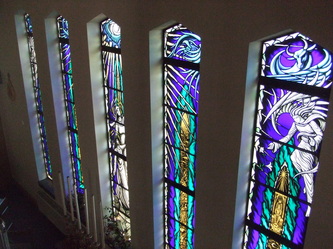 In the following years the project continued for the adjoining five windows including a central image of the church's patron St Anne with her daughter Mary. The remaining windows were filled a few years later with a Crucifixion group and a more abstract Sacrament-themed composition (in lighter colours as continuing the rich blue scheme set by the earlier windows would have made the church too dark!), making this my largest ever stained glass project and my only
complete scheme of church windows to date. 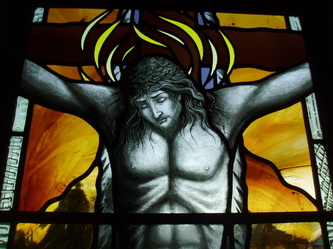 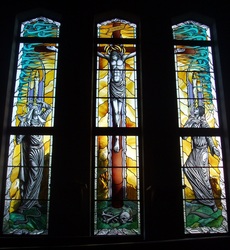 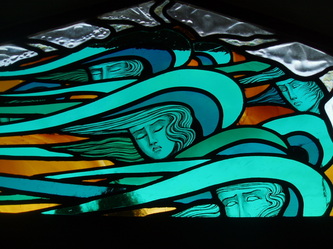 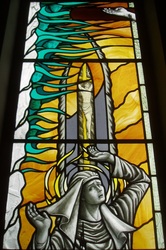 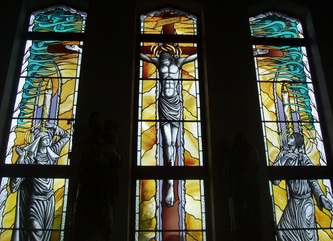 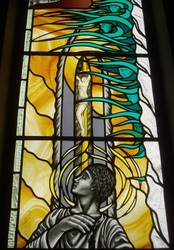 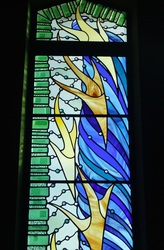 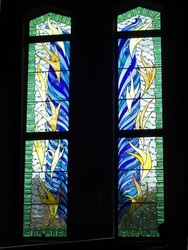 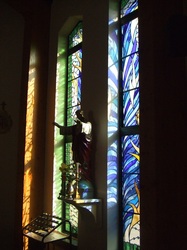 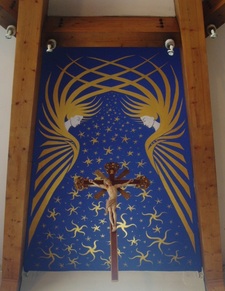 In July 2012 a final touch was added when I painted the Sanctuary ceiling with a
design of Seraphim and stars in blue and gold, a concept under discussion for some time
to remedy the lack of structural emphasis on the altar area and create a more fitting focal point to the interior, with the angel's wings suggesting a canopy.