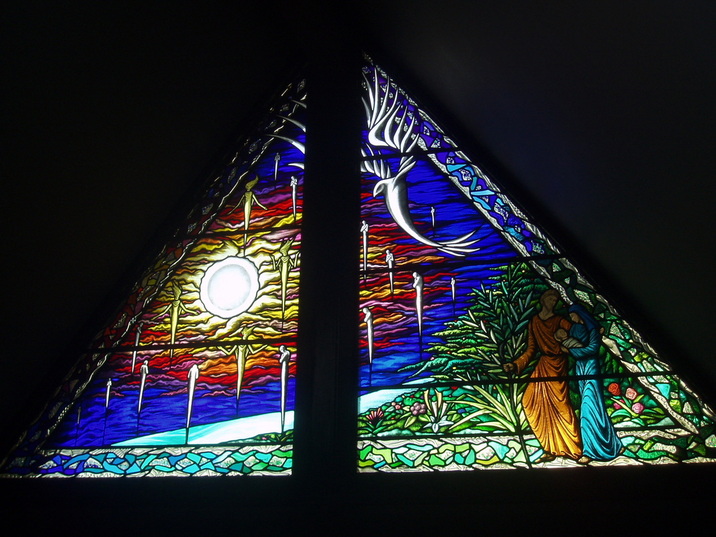 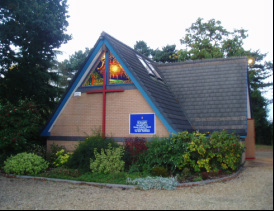 The Roman Catholic church of St Joseph at New Arley is a very small building
dating from the late 1990s (built to replace an aging timber prayer-hut). The
plan is roughly cruciform and most of the structure consists of a sharply
pitched roof, which leaves the main gable ends glazed as the main sources of
natural light. I was asked to design and make the gable window above the altar
in 2005, and chose the subject of the Trinity (inspired by the triangular shape
of the window) which includes a representation of the Holy Family, thus also
incorporating an image of the church's patron saint, St Joseph. 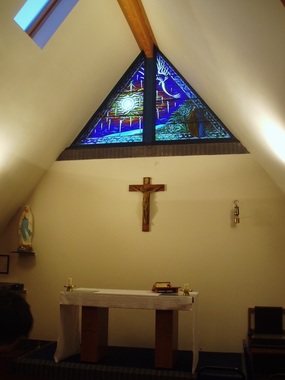 Designing for this space was a considerable challenge, not only for it's unusual shape but the fact that it was divided by a heavy central mullion, effectively forming two separate windows. In order to unify this space and reinforce it's role as focal point of the church's interior I attempted to impose a single asymmetrical composition within a large border, employed to help bind the two halves into a single unit visually. The border was also largely composed of fused glass in relief that would catch and bend the light in the peripheral areas where the roof's overhang would cast shadows externally.

The main composition focuses on the presence of God as a source of Light, a sunburst surrounded by a heavenly host, formed of the white figures of the Elders of the Apocalypse and four wingless seraphim (originally these four were to have been anthropomorphic figures of the symbols of the Evangelists as described in the Vision of Ezekiel, but these more wayward elements did not appeal to the donor). Whilst God's Presence dominates the left half of the window, the right hand is watched over by the Holy Spirit in dove-form, whilst the Holy Family group below includes the infant Christ as the 3rd member of the Trinity with St Joseph as the church's patron saint. Joseph and Mary step outside the border potentially into our space, whilst the Holy Spirit as intermediary transcends both the temporal and celestial worlds. 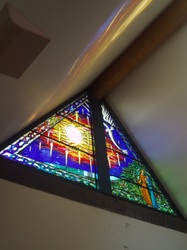 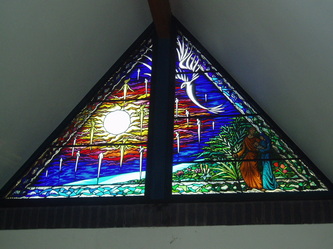 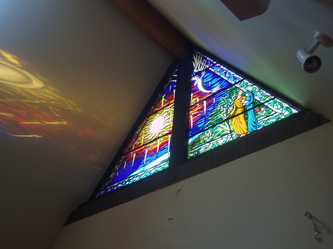 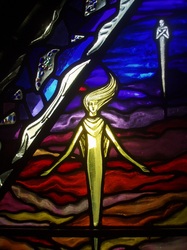 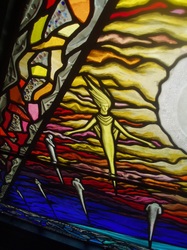 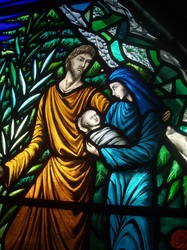 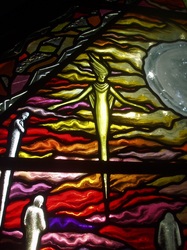 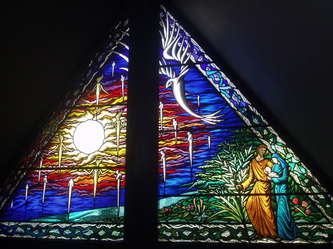 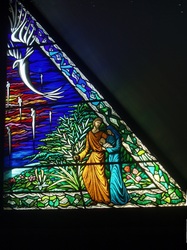 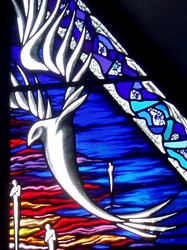 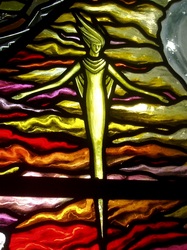 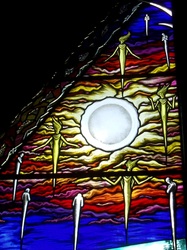 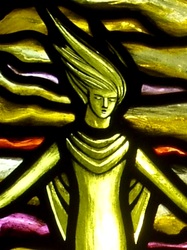 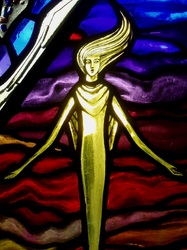 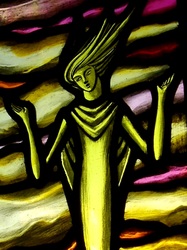 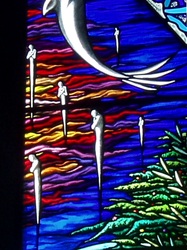 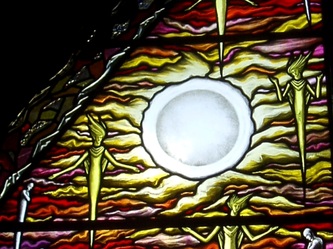 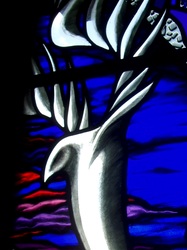