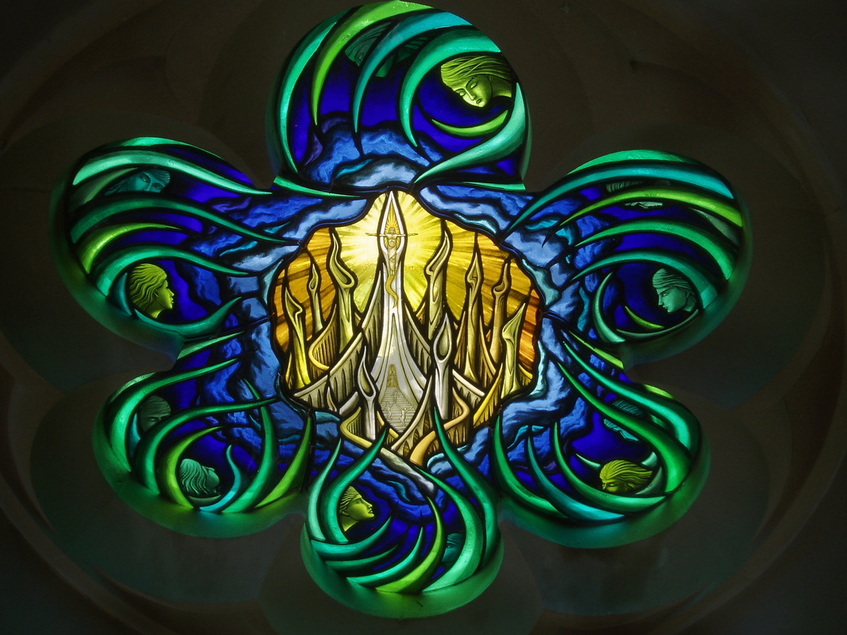 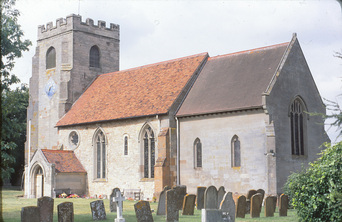 Two dreams, of being given the opportunity of designing glass for a medieval church and designing a rose window, were realised with this commission which I was given whilst working at Norgrove Studios in 1999. The brief was to commemorate the Millennium and I was given a list of subject ideas by members of the parish from which I chose the Heavenly Jerusalem (the idealised City of God as described in the closing chapters of the Revelation of St John), seeing this as a fitting symbol of hope for a brighter future at the passing from one epoch to another. The image is a stylised, contemporary interpretation of the ancient text, with the organic forms of the City protected by a sequence of semi-abstracted angelic guardians. 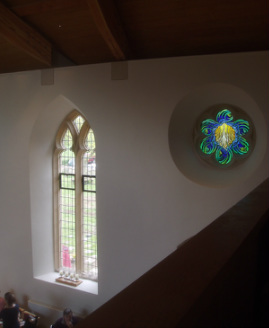 The window was installed in July 2000 above the south porch (the church's main door) and was warmly received by the parish. In late 2003 an image of it was even displayed in the famous Sagrada Familia in Barcelona, as part of an exhibition of contemporary artwork inspired by Gaudi (the 'organic' forms of the Heavenly City were in part inspired by Gaudi's work, but the main intention of this was to make the point that the Hand of God is best seen in Nature, whereas Architecture itself is a man-made concept).

However fate had a cruel and ironic response to my 'symbol of a brighter future' as in March 2008 the church was utterly ravaged by fire (an arson attack for which a culprit was never caught) which destroyed everything except for the blackened shell of the building. All the stained glass windows were destroyed, even their surrounding stonework was largely lost due to the intensity of the inferno. The church remained a ruin for four years.

Happily the parish wanted my Millennium window back again and I was able to remake it for the rebuilt church which reopened with a new re-orientated interior in May 2013. I was able to make many refinements in this new version of the window and even include a tiny fragment of the original, found in the ruins. For more images of the church see here. 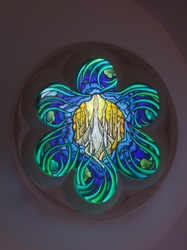 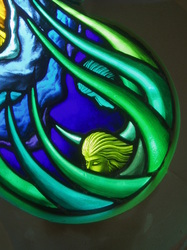 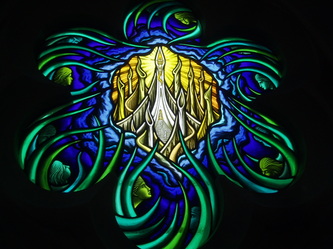 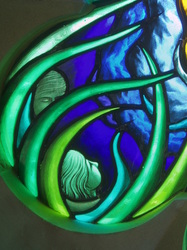 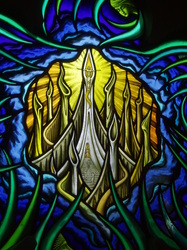 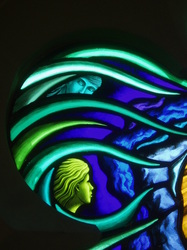 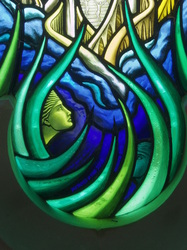 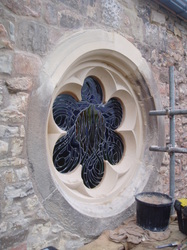 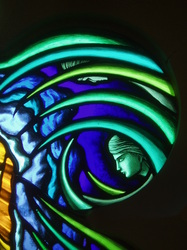 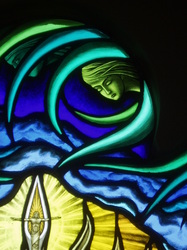 Recreating the rose window undid the hurt I felt at seeing my original window destroyed and I hope provides a little reminder of the old pre-fire church in the renewed building. I was also one of four artists invited to submit designs for the other stained glass windows in the rebuilt church, but in the event did not receive this commission. My submissions can be seen on the Designs page. 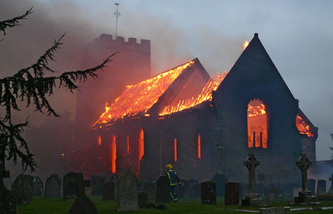 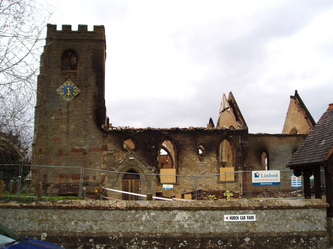 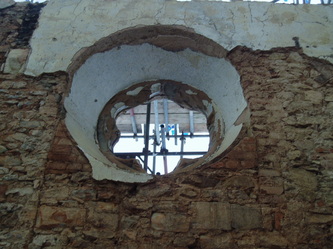 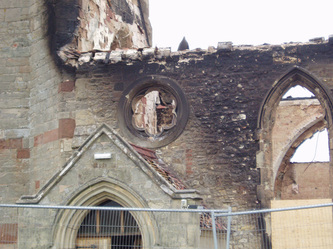 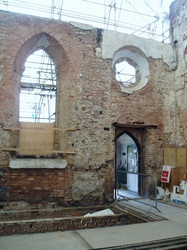 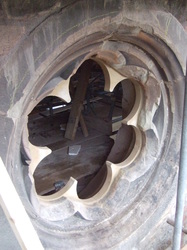 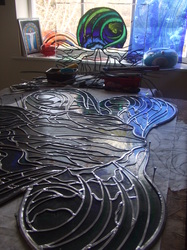 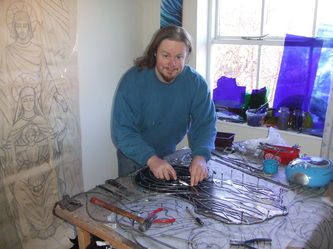 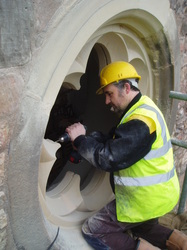 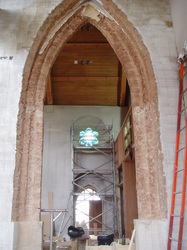 It has been a huge privilege to have been able to play a small part in the rebirth of this church, and my thanks go out to everyone who supported me in this project, especially to Tim Clevely who did a typically excellent job of installing my window, twice over!